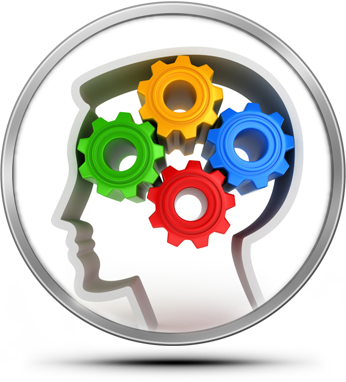 By now, many of you are aware that, on Thursday, April 30, 2020, the IRS released Notice 2020-32. This notice confirms that the recent CARES Act provided PPP loan proceeds could potentially be forgiven and that any such forgiveness would not be taxable. The Notice goes on to say, in capital letters, “NON-DEDUCTIBILITY OF PAYMENTS TO THE EXTENT INCOME RESULTING FROM LOAN FORGIVENESS IS EXCLUDED UNDER SECTION 1106(i) OF THE CARES ACT.”

Too good to be true?

You may recall from previous updates that this nontaxable feature enhanced the potential benefit of PPP loan forgiveness – one of those seems-to-good-to-be-true moments. You may also recall from previous updates that there were many provisions of the CARES Act that required clarification. Whether or not the IRS would allow or deny deductions for expenses paid with PPP loan proceeds was one of those unknowns.

In Notice 2020-32, the IRS has made it clear that expenses paid with PPP loan proceeds are not deductible.

It didn’t take long for the business community to react. Over the last few days, numerous articles have been written about Notice 2020-32 and its obviously controversial position to disallow income tax deductions for expenses paid with PPP loan proceeds. Following are some important excerpts from a few of these articles.

In an article (IRS Rains on the Paycheck Protection Parade) which appeared on Forbes.com the evening of the release of IRS Notice 2020-32, in regards to the non-taxable feature of PPP loan proceeds as described in the CARES Act, Peter J. Reilly stated that “inserting the exclusion in the CARES Act was kind of pointless.” Reilly goes on to say that Notice 2020-32 “probably kills the major incentive to use PPP over unemployment if you really have nothing for the people to do.”

On Friday, May 1, 2020, the AICPA issued the following response to Notice 2020-32. The AICPA believes strongly that the IRS’s interpretation denying deductions of expenses forgiven under the PPP program is contrary to Congress’s intent. Chris Hesse, CPA, chair of the AICPA Tax Executive Committee, said: “In effect, the IRS guidance means that the taxability provision [that forgiven PPP loan proceeds would not be taxable] has no meaning. Why waste the ink to say that for purposes of the Code, the loan forgiveness is not includible in income, if the government will just take away deductions in the same amount?”

The AICPA goes on to say that “Because it believes the intent of the CARES Act was to allow businesses to deduct all of their ordinary and necessary expenses – including any expenses used in determining PPP covered costs – the AICPA plans to seek legislative clarification.” All indications are that this guidance will be sought as early as today.

Finally, on Saturday, May 2, 2020, there is Robert W. Wood’s article – “Congress Could Reverse IRS Denial of Tax Deductions for Paycheck Protection Expenses” – on Forbes.com. This article, in combination with the AICPA’s position as described in the preceding paragraph, contains a glimmer of hope for PPP recipients. According to Wood:

• “Some Senators and Congressman are pushing back, saying that expenses funded with small business loans should be tax deductible after all, disagreeing with the IRS.”

• “The CARES Act expressly says that the PPP loan forgiveness amount are not to be treated as taxable income, and proponents of deductions say the IRS denial of deductions is flatly inconsistent with that. Maybe it even makes it meaningless?”

Perhaps the most encouraging content of Wood’s article are the following quotes:

• Senate Finance Committee Chair Chuck Grassley, R-Iowa, stated, “The intent was to maximize small businesses’ ability to maintain liquidity, retain their employees and recover from this health crisis as quickly as possible. This notice is contrary to that intent.”

• House Ways and Means Committee Chair Richard E. Neal, D-Mass, announced …that “We are planning to fix this in the next response legislation.”

These comments suggest that there may be bipartisan support in Congress to overturn IRS Notice 2020-32. While only time will tell, this may be an opportune time to contact your Congressional representatives in Washington, DC. We will continue to keep you informed of any new developments in regard to IRS Notice 2020-32.